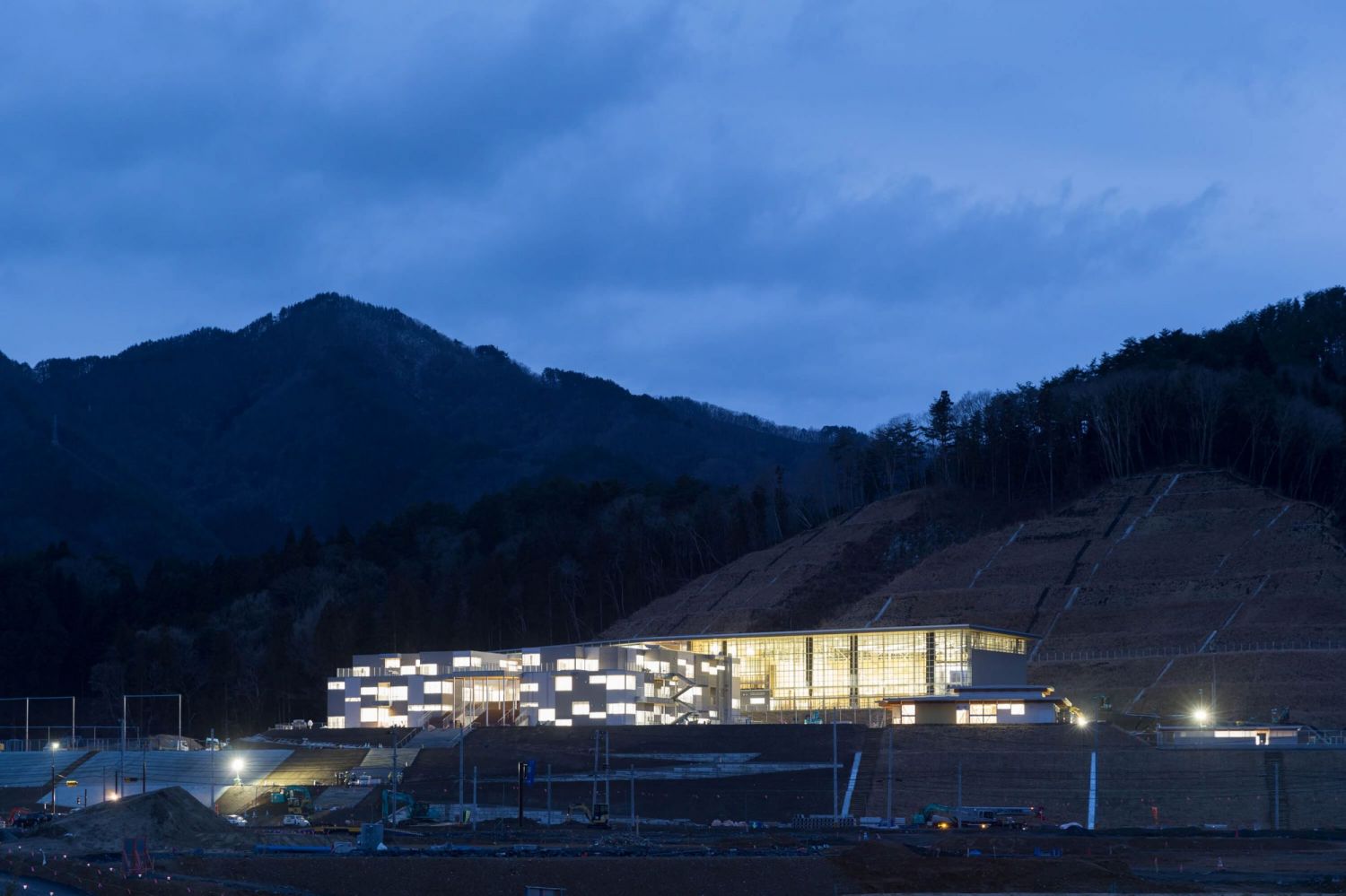 Every time we went to the site, we felt the fact that the reconstruction of the disaster area was still on the way, and we felt the gap with the daily life of people not affected by the disaster, including us. What is the possibility of building in a land where most of the city has been swept away due to the tsunami?

The framework of the town is vague, such as a section maintenance project including replacement of roads to create a new town and raising of land, and the approximately 200 m main street that links the school and the Unosumai Station of the JR Yamada Line to be restored As we started to see, we set our children's where to face the new city.

We heard that there was an opinion that schools should go to the mountains further away from the sea. At the same time, We heard that there was a dilemma saying, "If the residents do not return, the school will not be established. If the schools do not return, people will not return to the city." In the end, it was decided after the discussion with the local residents that the school could only be rebuilt in the center for the reconstruction of the town. In that place, we thought that the children's activities themselves going to be a symbol of the new hail dwelling. From the school building on the hill, you can overlook the whole town where the children recover, and from the town you can watch the growth of the children living in the school on the hill.

The site is a safe highland that has opened up a mountain with a Unosumai shrine and a Shirayama shrine. At the beginning of the plan, it was planned to excavate this mountain about 500,000 m3 and make it a site. However, for rare settings in Japanese proposals that would like an integrated proposal for civil engineering and architecture, we proposed a proposal to reduce the amount of excavation to 136,000 m3, leaving a valley. (Our proposal can significantly reduce the cost and time required for civil engineering.)

Due to soaring construction prices in the affected areas, we had no choice but to build steel. The finish is not wrapping everything in finish, but rationalizes elements such as columns, beams, and braces, and makes the composition of the building appear as space as it is. The surface finish is added as an element with various expressions according to how it is used for a clear framework. In the elementary school (Stairs Building), in the semi-open plan, as a wall and large fixtures, postings, whiteboards, sound absorbing walls, etc. were provided. This can create a diverse learning space for children. In the junior high school building (bridge building), we secured a ceiling height of 4 m on the top floor. As the surface receiving the light from the top light and the opening, the space where the fireproof coating of the beam was removed was given various expressions such as wood wool plate, polycarbonate corrugated sheet, OSB, larch plywood, and color steel plate. The middle corridor space was given movements and changes that triggered the students' activities.

Having strength as architecture to allow various learning places as a school.
As a place that will be the base of the city, to allow the activities of many people from now on.
And light the light of hope in the dark of the town of the residence which becomes dark at night.

We thought that the plan of this school had new possibilities only because it was an integrated plan with civil engineering. It was cut into one issue for the reconstruction plan where civil engineering and architecture do not combine.
We hope that this project will be an answer and a light for the reconstruction of the earthquake disaster in Tohoku, and the future way of architecture.