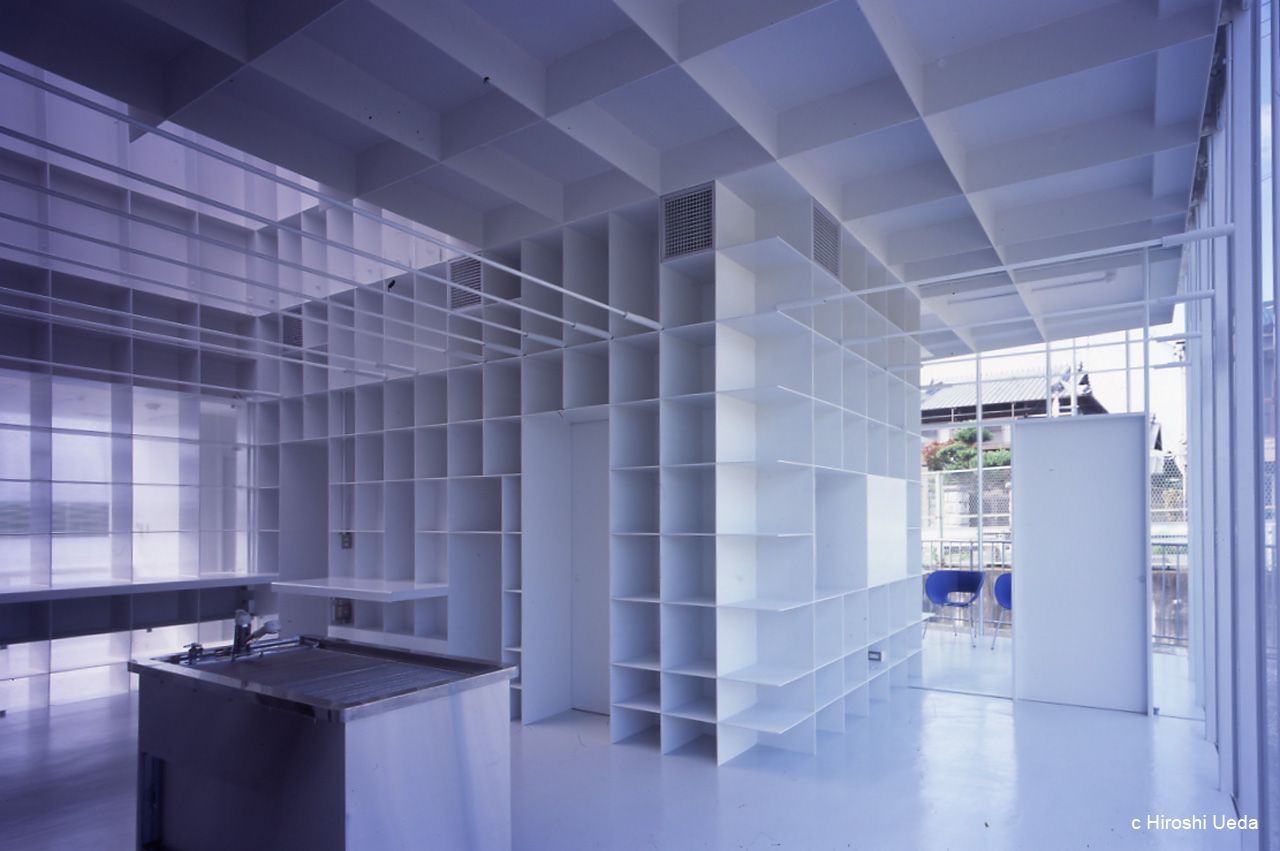 This project is a veterinary hospital located on the outskirts of Osaka.
It is a site sandwiched between the prefectural road leading to the station on the south side (front) and the rice fields and railway lines on the north side (rear). We took enough space around the site and placed it in the center of the site so that people living in the area could be recognized and friendly. In particular, I paid attention to the line of sight from the trains that run north. The height and width of the top lights were determined so that when looking at the building from the train, the roof top surface could not be seen and the presence of the building could be appealed without relying on signs. The rice fields will be like green squares in spring and summer, so we took a large opening on the north side to capture the calm light and scenery on the north side.

The animal hospital has the functions of a general hospital consisting of small rooms such as an X-ray room, an operation room, and an examination room, and at the same time, it also takes charge of selling pharmacy and pet supplies. A lot of small rooms and space for storing many things such as medicines are needed. The storage space and the small room are not configured by simple partition walls and storage furniture, but a structure method is adopted in which iron plates of 6 mm, which also accommodates things at the same time as the structure, are assembled in a grid. A 3 mm steel plate was attached to the partition, shelf, and structurally necessary part, and the other part was out of sight. This grid-like frame was divided into several units that can be transported by the factory and assembled in the field. Since the roof is also made on the same principle, almost 80% of the building was completed just by combining the units on site.

The plan has simplified the single-function small room to be "black" according to the function of the building, and the room whose name changes depending on how it is used to be "white". It was planned that "black" and "white" be engaged with each other so that one doctor could cross compactly. It is a space created by a structure that has the function of a shelf or partition wall and a plane simplified to "black / white". This space is not limited to animal hospitals, but can be cafes, libraries, and homes.