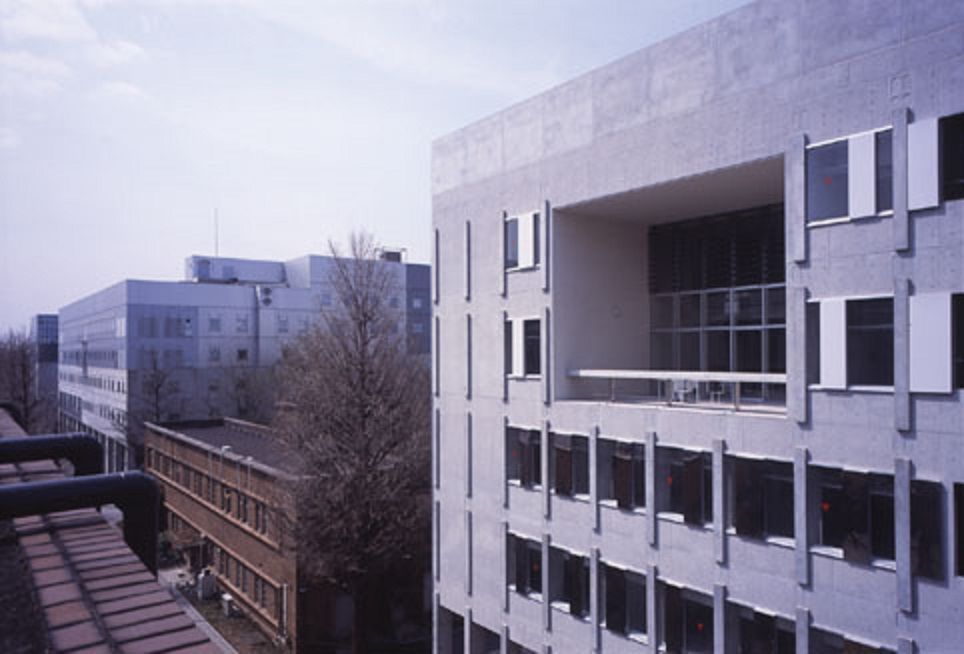 Research Center for Advanced Science and Technology, The University of Tokyo

The KomabaⅡcampus of the University of Tokyo is approximately 10 hectres in area, and is located in Shibuya, close to the heart of Tokyo metropolitan. Planned within this campus, this is a project for a laboratory of a tip science and technology.
Architect Hiroshi Hara has suggested in his master plan to preserve the old clock tower in the campus, and to organize the buildings so as to surround a big courtyard. Following this plan, several buildings of his own design have already been completed.
So as my project - I was requested to arrange the footprint and the volume of the building, in accordance with the master plan.
After the 2nd phase construction which will be starting soon, the entire campus will be totally redeveloped, yet respecting the traditional things, half of which will be done by my team.
One of the biggest characters of my project is the three-dimensional atrium, which extends to seven storeys with arms into garden and to pilotis
Rooms of no direct relationships, such as bioclean rooms and lab booths of Technology, can be connected by this atrium.
Meantime, computer-controlled double glass louver windows will be embraced there, to create intermediate area in terms of air conditioning. Apart from the preheating and precooling units which will work only in the summer and winter at their peaks, no air-conditioning system will be installed to the atrium. The area will act also as a chamber space, which will provide the laboratories with sufficient amount of clean air.
The centre is employing an original system, where the professors / researchers change places in several-year-terms. The building is, hence required to be capable of adjusting to the frequent changes of its users and
In response to this request, large piping space for equipments will be secured by adopting long spans and precast concrete construction.