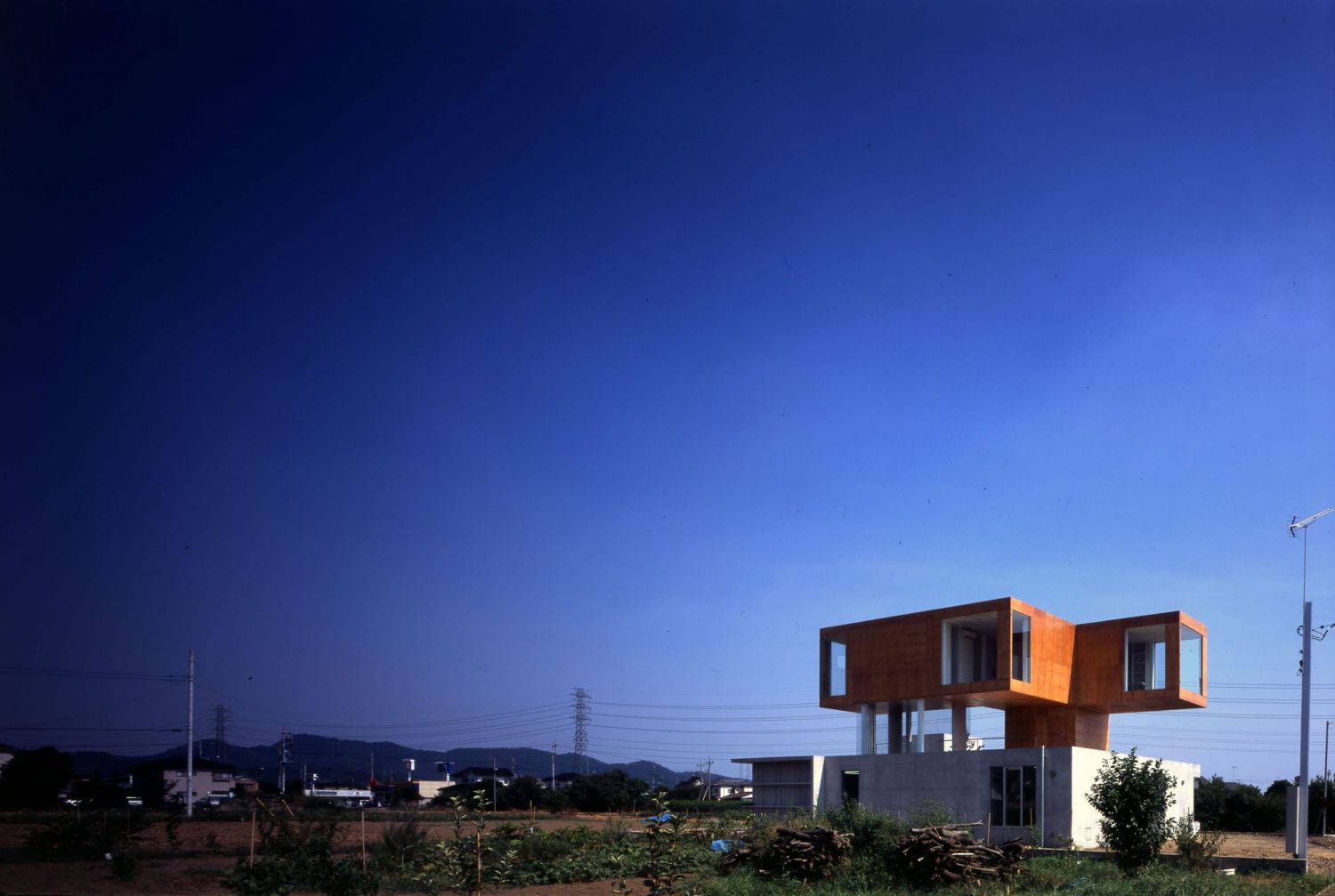 About an hour ride from Tokyo on a northwest-bound express train will take one to the site of the project.
There lmost on the edge of the Kanto Plain, we were the project for an artist couple
A private gallery/house for

It is the project of the artist husband and wife's private art museum and the mansion of 自 which are due to be built in the area for which a mountain began to press Kanto Plain from Tokyo at a special express to a northwest for 1 or so hour. A site is in the blank of row of houses, and, around, farmland spreads. It is a location without what is interrupted even from 1km beyond, and this scenery does not change a lot in the future, either. This is a rare situation in Japan where a city continues carrying out a sprawl. Although the relation of the art museum portion and residence which consist of an exhibition room, a classroom of the Shippo ware, and an atelier has faced across a courtyard, it is loose. This construction consists of "black" space where usage and space correspond 1 to 1 time, and space of "white" which changes how to call depending on usage, and "white" and a courtyard stand the circumference of "black" space in a row fluidly on the first floor. Moreover, the whole is constituted using the block which is called "space block" and which connected and united some cubes. Here, it used on the basis of the one-side 2.6m module. As to [ it / which / including the exterior interior-of-a-room-ized in the form cut out of the environment made into 茫洋 of a certain kind / that the strong wind which is the square of 15.8m angle, and will be called "Akagi taking down" if winter comes blows ] it is the first floor, it is a defense-style. Since this construction leaves as a small landmark in even scenery and appears, space is prolonged upwards in four places. It becomes a viewing point to the mountain range which a space is provided for the third floor in the form which jumps the second floor, and stands in a row by the distant view on all sides.