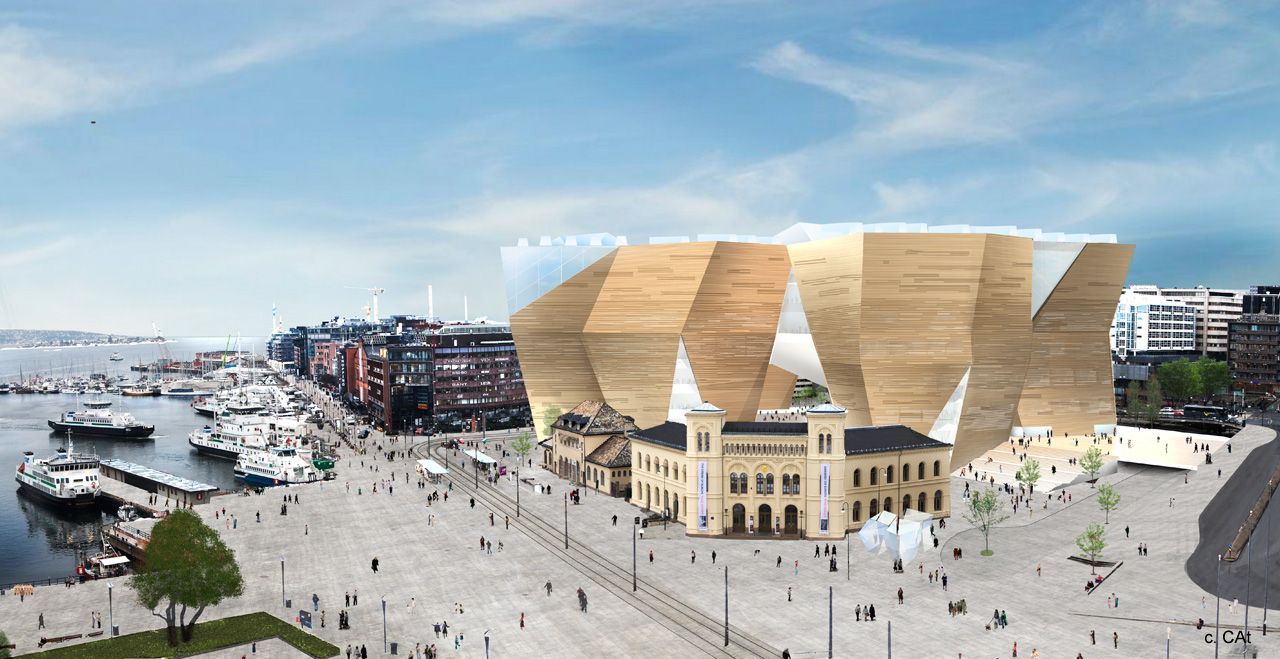 The proposed museum is a new symbol for Oslo which softly blossoms looking for the sun.
Refering to the current huge vacant space on the Vestibanen site,the proposed museum maintains several passage ways and open spaces.By this, the public activity of “Fjord Plaza” and Oslo city centre are linked with each other. At the same time, by providing enough open space between the former station buildings and the new museum, the site and its surroundings are highly activated.
People will reach to the upper lobby from Fjord Plaza, and appreciate art works in a space lit by rich natural sunlight.