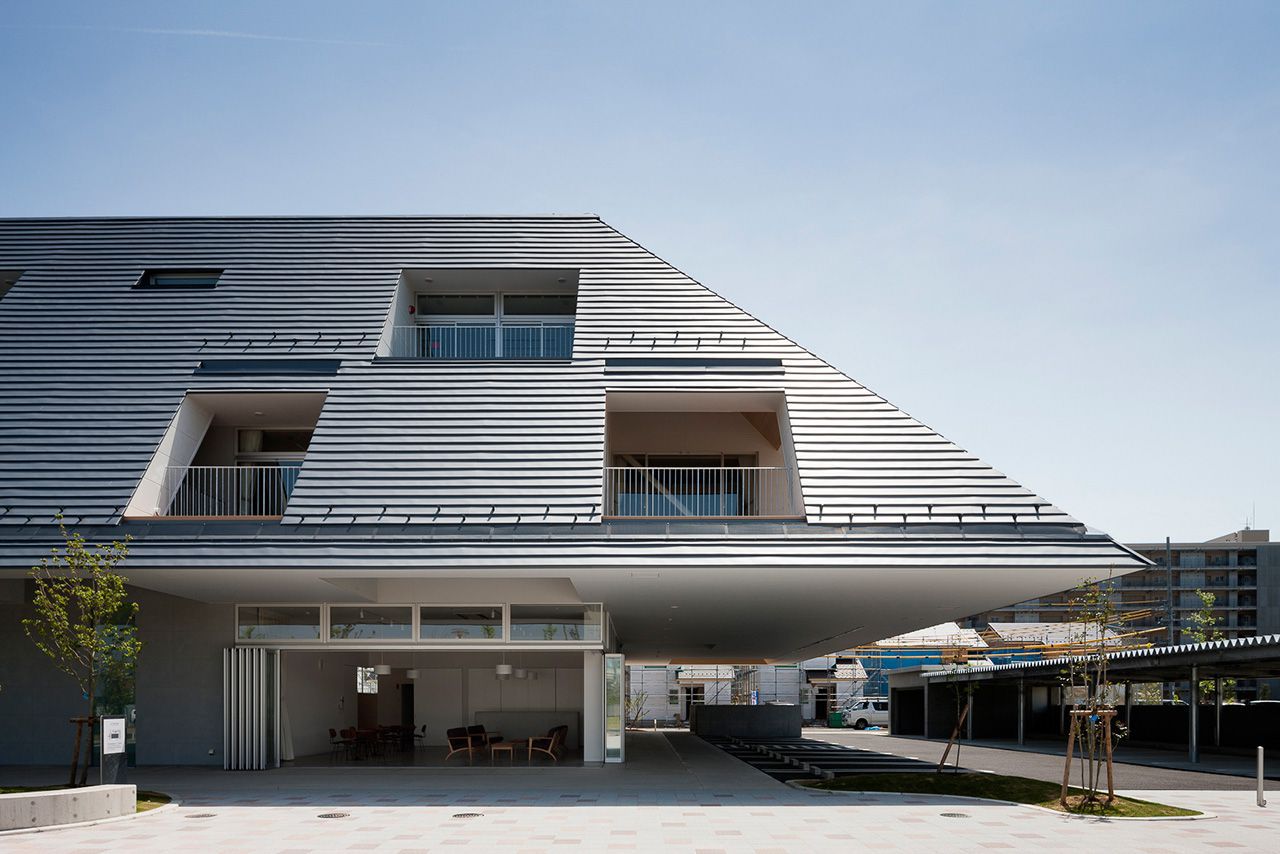 Kitagata Town is located in the southwestern part of Gifu Prefecture, and although it is the smallest town in the prefecture, it has the highest population density. (Population: about 18,300) There are prefectural northern housing, a lifelong learning center, Kitagata Town Library, Enkyoji Temple around the site, and there are a northern bus terminal and a disaster prevention park as public infrastructure.
In consideration of cooperation with these surrounding facilities, the sketch of the design proposal depicts an open government building where people gather under a large roof floating in the center of the site where trees are planted discretely.
The building has a clear three-story structure, and the first floor is a multipurpose space with different personalities named "Ikoi", "Gathering", and "Manabi" squares, and the second floor is the mayor's room, disaster prevention measures room, and conference room. The third floor consisted of a parliament, a conference hall, and a staff cafeteria. The first floor is an open space with high ceilings and good visibility, and while the second and third floors are surrounded by a large roof, each room has its own terrace to create a bright and comfortable indoor environment.
The starting point for the large roof is to explore the uniqueness of Kitagata Town, such as the portable shrine of the Northern Festival and Enkyoji Temple. Beyond that, we were looking ahead to the possibility of a large roof that would realize a bright and comfortable indoor environment by developing a simple and rational roof guided by Japan's climate and nature. The large roof with deep eaves blocks the summer sun and allows natural ventilation even on rainy days, but the interior of the first floor is dark.
Therefore, a large mountain-like roof was cut out like a valley, and four deep terraces named valley terraces were set up.
A bright and comfortable interior space is realized by guiding light and wind to the first floor through the atrium from the high windows facing the terrace. For the finish of the large roof, we dare to select sheet metal with a low heat shielding effect and try to collect solar heat using the hollow layer of the large roof.
In winter, warm air is used as an air conditioning supply to save energy, and in summer, heat is exhausted from the pigeon hut on the roof. The part where the back of the eaves is cut out and the large roof covers the building becomes an environmental double skin, and the diagonal wall on the indoor side acts as a reflector of natural light. In addition, the interior space covered with a large roof inevitably has an oblique wall on the outer wall side. As a result, the small rooms on the 2nd and 3rd floors are not the homogeneous space that is often found in office spaces, but the space where the floor surface is emphasized by the diagonal walls. We hope that the Kitagata Town Hall, which has a large roof in the 21st century, will be a place where both townspeople and staff are comfortable and can create various activities.