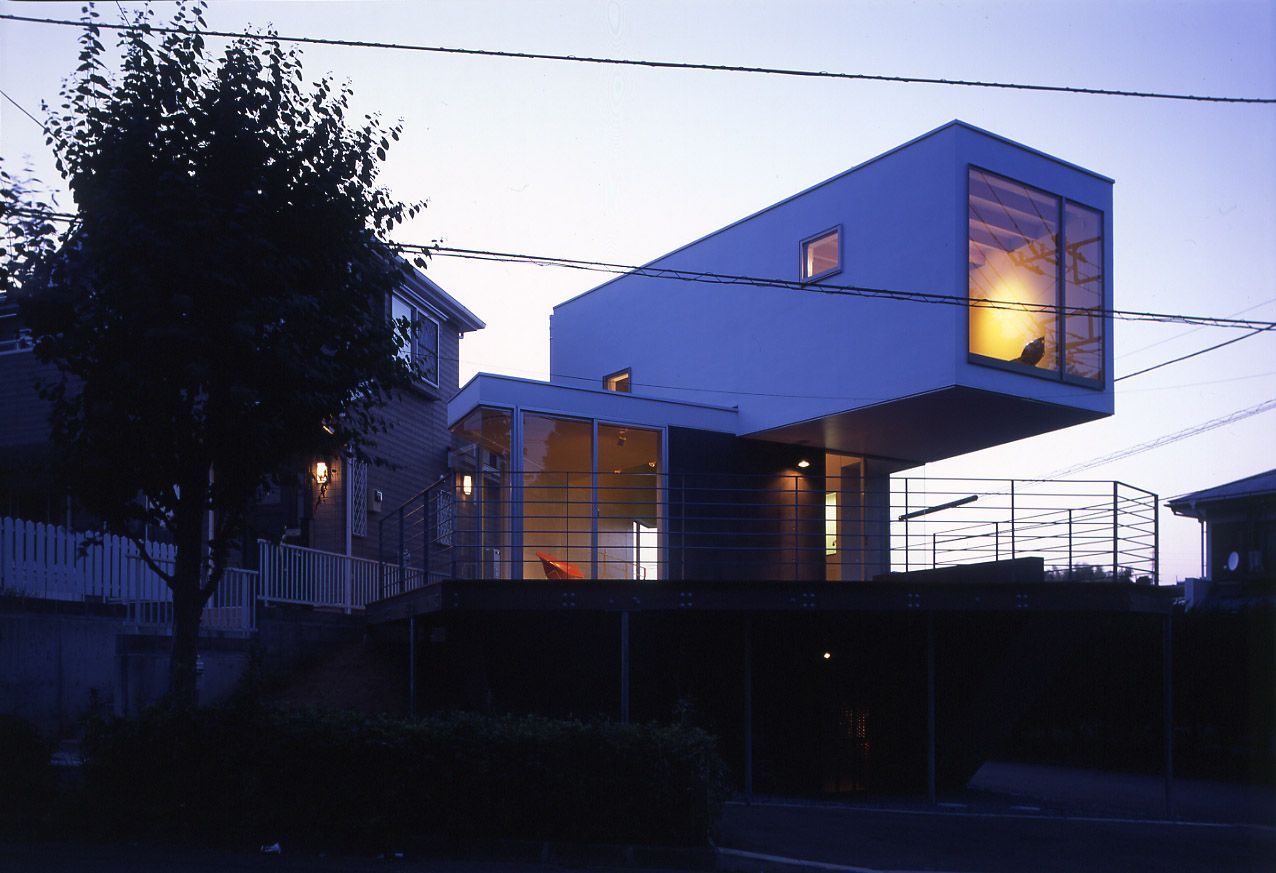 The client is a young couple with two young children. The site is the Shonan area, about an hour and a half west of Tokyo by car. It is a triangle Heta that has been left behind as a result of the construction of a residential area that has been cut a little from the sea. The land was not only triangular in plan, but it was land where it was thrown out with no cross-section fit.

We considered a procedure that "stitched" the place to the surrounding environment. Imagine an observation deck as a metaphor of the sea in a place like a jetty that overhangs the ridge. And it was assembled so as to connect each level spatially so as to weave the cross section gap into the land.

The level connected to the road was a basement by turning concrete walls without windows to extend the existing retaining wall. This is the foundation of the whole building. On top of that, the wood deck sought from the lifestyle of the client who likes the outdoors and the volume that popped out with a 3M wooden camping lever are covered. In the front of the site, a slope of about 10 meters in height, which was created for a large housing complex, is wide. So you can feel the greenness of the slope from the deck and the popping volume while maintaining privacy. It is small but still connected with the surrounding environment. The stairs that access the deck from the basement are actually external, and the living space connected to the deck and the volume of the cantilever are integrated in a large blowout. The space configuration is such that the inside and the outside are connected topologically and spirally connected from the underground stairs to the tip of the cantilever.

There is a unique atmosphere in this area, which is different from both urban and suburbs, and the clients are also living a natural life while enjoying the sea.
Instead of aiming for unusual architecture in unusual places, sew various conditions on the site. With natural hand, we tie together joy of surrounding environment and expand possibility of the spot.
It is one of our own ways of cultivating in residential areas in Japan.