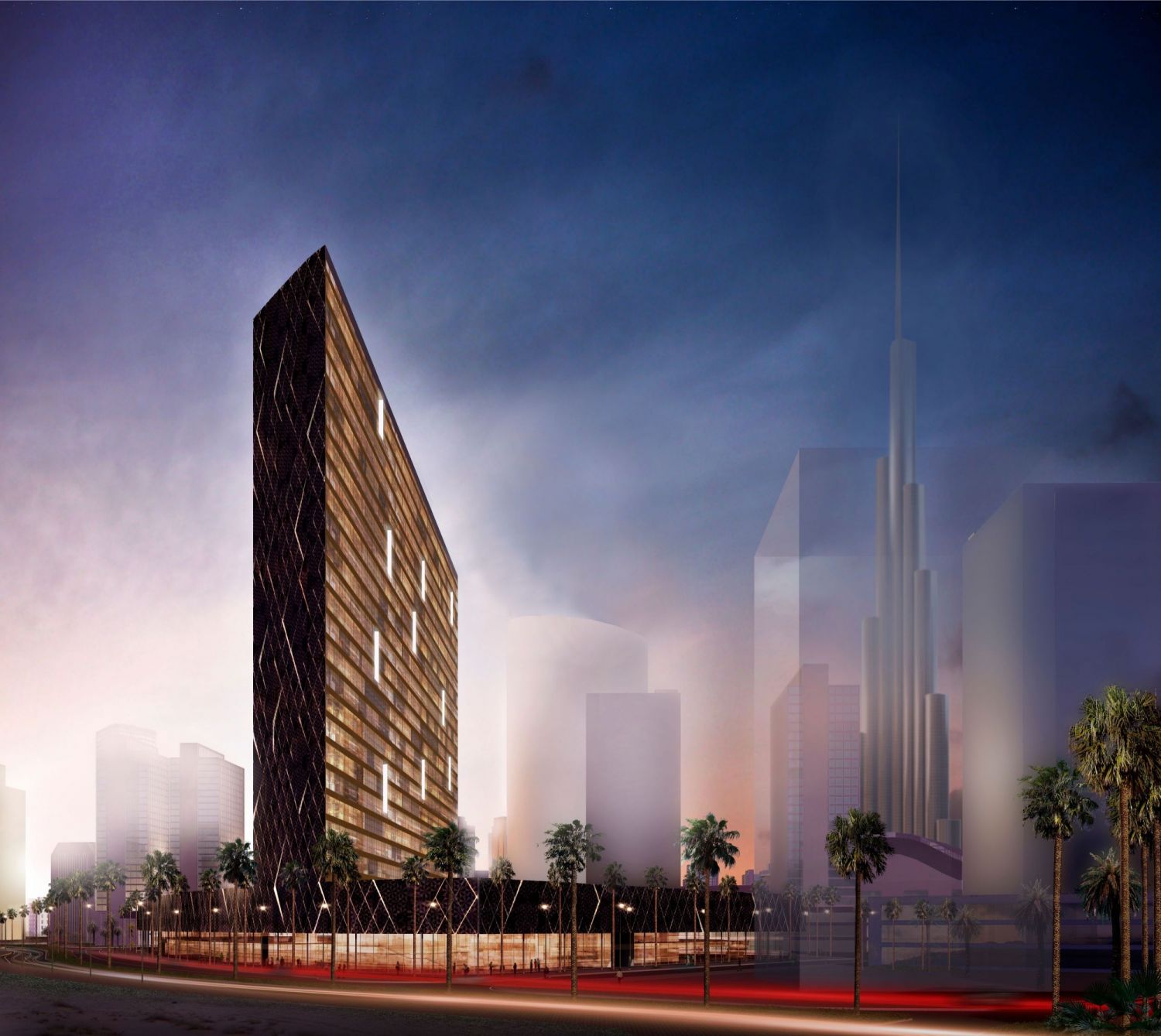 This is a proposal for a housing tower in Dubai. For this project we had to take into account Dubai's climate, the challenges of the local infrastructure, and how to create an original identity of a tower building placed in a forest of similar buildings. We considered previous design plans, and while pursuing a "form facade", we looked to maximise sustainability in the rough conditions through a "tabular tower". Taking into account the harsh afternoon sun of Dubai, the suns movement, and on the other hand the need to create a living space utilising air flows and light, while not being hit by the sunlight in the winter, we came up with a plan that effectively contributes to the building's ability to provide energy sustainability.

The buildings strength is that according to the time of day, and the direction of light and shadows, its presence changes. That is what we were researching - a facade that changed its expression from moment to moment. And also because of the economic conditions, and the risk of apartments being left unused, we wanted to avoid the risk of the long facade looking like a ghost town, so instead we envisioned a fashionable LED facade look.