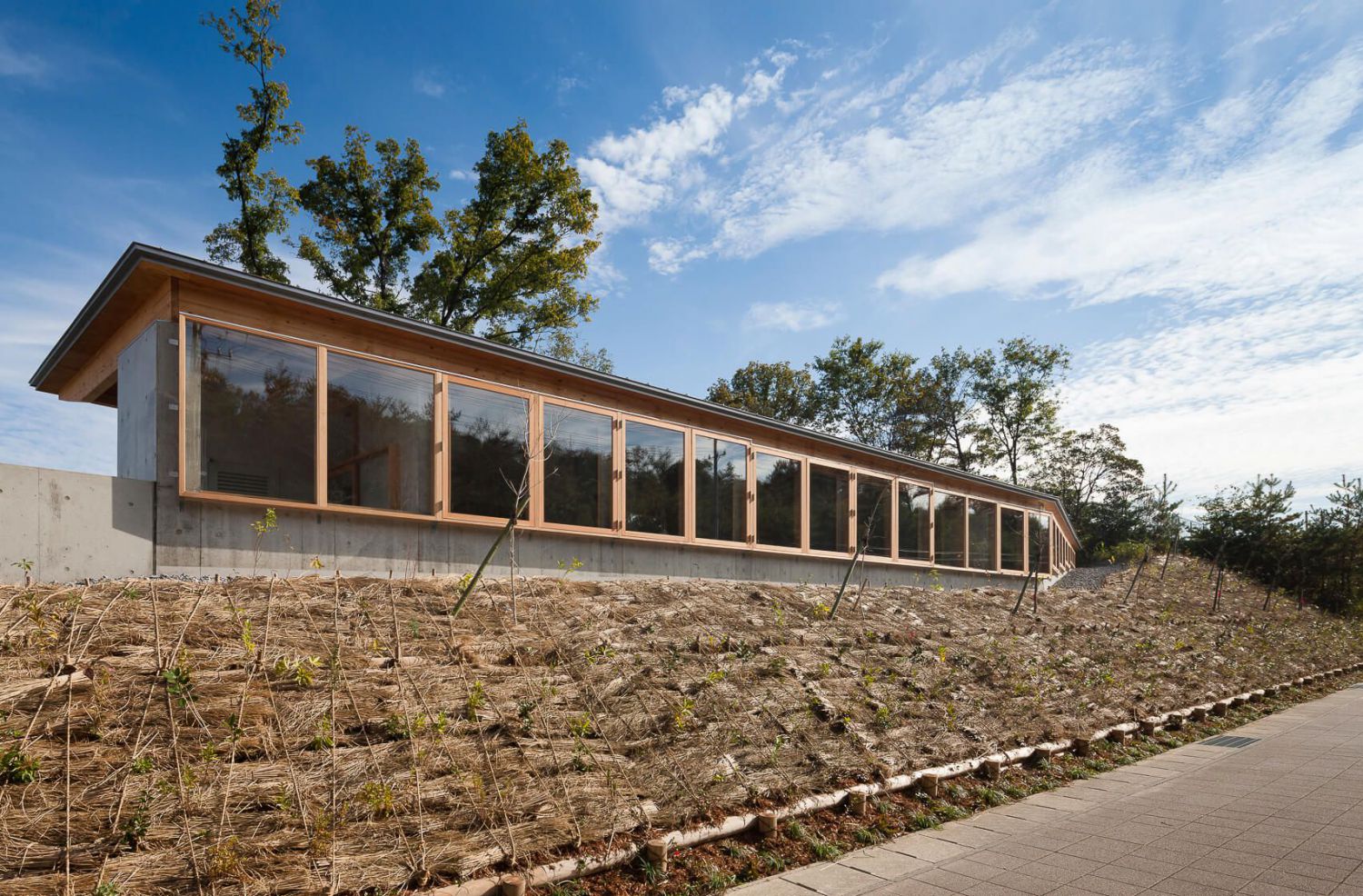 This architecture was designed as one simple space inserted into the natural topography.  The structure of the building is clear – the RC body inserted into the ground follows the terrain of the site and the the timber constructed single pitch roof sits on top. The horizontal load such as the earthquake and the wind is absorbed by the RC, and the vertical loads are spread across the timber elements. It was ensured there are no bracings to the timber structure so the openness of the perimeter of the building is enhanced.
The park-like site is surrounded by rich greenery. It is situated in adjacent to a regenerated area by the local land readjustment program. The topography and the forest formed by the original ridge and valley lines continued from the Itakaryokuchi are important local memories that have been preserved to date. On the east side of the site sits a regulating reservoir and the west side faces a busy mainline road. The initial key requirement was to retain as much existing trees on site as possible, which was going to be a challenge due to the level changes. An extensive tree survey was carried out, and the strategy for preservation was carefully considered. As a result, the architecture became a long volume spanning along the north/south axis. It was intended that any architectural intervention would be compatible with the green surroundings and thus the main focus during the design process was to ensure the boundary lines of the external and internal spaces are maximizing the sense of aesthetic/spatial continuity. Any elements in the design that would disrupt this were eliminated. The use of timber window/door frames and imbedding the fixed glazing into the structure were simple but important gestures, as well as designing the sliding doors as fully openable. For sites with strict fire protection requirements, the use of timber frames and structural elements are hugely restricted. This project, which the site is not within a fire protection area, was a great opportunity in re-familiarize ourselves the potentials of timber frame architecture.