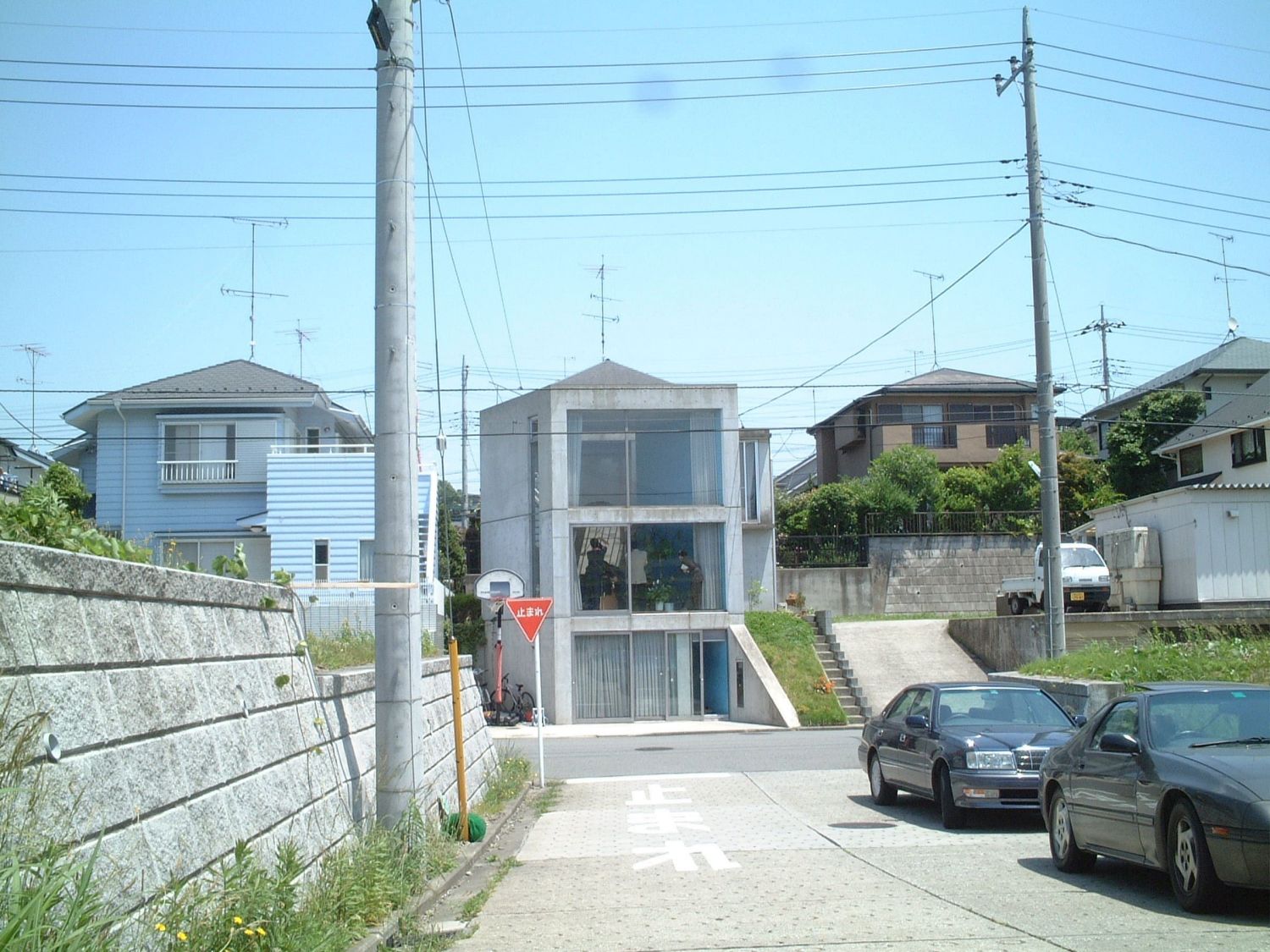 It is a house of a family of five with a couple, two children and a grandma, who are built in the suburbs of Yokohama. The theme was how to secure the space where each other can spread freely within the limited site and construction ratio of 40%. I felt that it was not cramped to do different things in the same space by creating a dead angle in the space while feeling the outside that accounts for 60% as an extension of the inside. From this idea, a zigzag plane was derived.
We modeled the control of light and air of a large volume of 10m x 4m x 4.6m. Due to changes in time and weather, the state of light changes from moment to moment. Also, in consideration of the initials and running costs, the large spaces are not air-conditioned. By considering the flow of air, including the basement and the roof, we could realize a space where you can feel cool even in midsummer. There are holes in the ground floor for both light and air. Hot water is put on the first floor and radiant heating is applied to both the basement and the first floor.
Apart from having a grandmother's room on the second floor, there is no private room at first, and it is possible to divide the basement and the stairwell freely according to the growth of children. So it feels like it doesn't disturb other family's sign wherever you are at home.
The roof was planted with tamaryu in consideration of the heat insulation effect. The table is made of concrete and it is a comfortable space for drinking beer.
The overall finish was minimal and could be a shelter that can be devised while living.