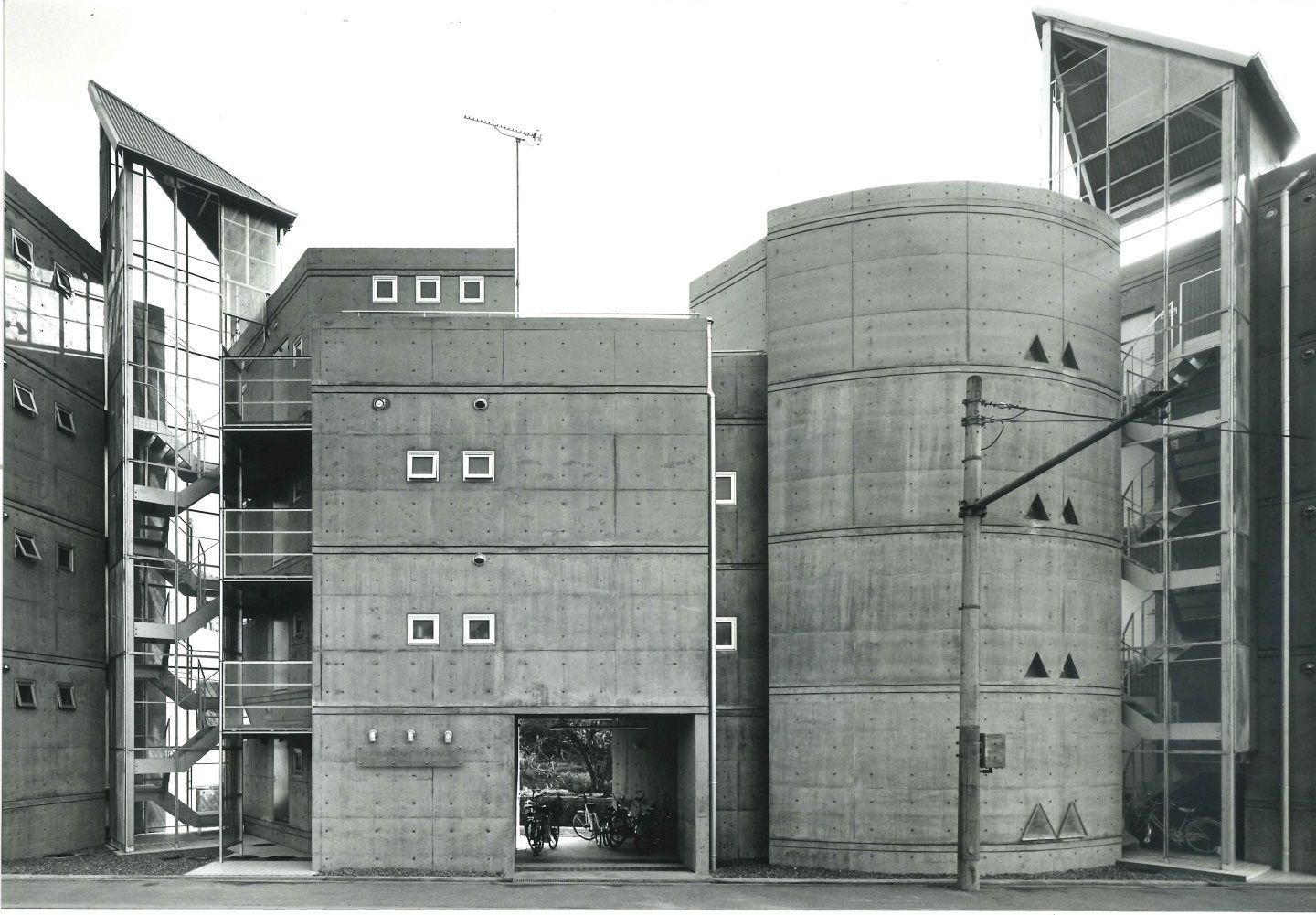 This is Kojima’s first work.
The site is 57 tsubos interspersed with national roads and rivers outside Osaka. It is a long and slender site of 33m x 3.5 to 8m. It is a small single-person rental apartment of 18 units with a floor area of about 110 tsubo.
In order to confront the surrounding atmosphere and the surrounding atmosphere with a single architecture, the architecture is segmented as much as possible, and the architecture itself is handled like the accumulation of fragments of a city, or like a townscape or a settlement.
The scale of 18 units would have been the number that formed a village enough at one time. We introduced the density of various devices, complexity, and designs that one village actually had. I made it as