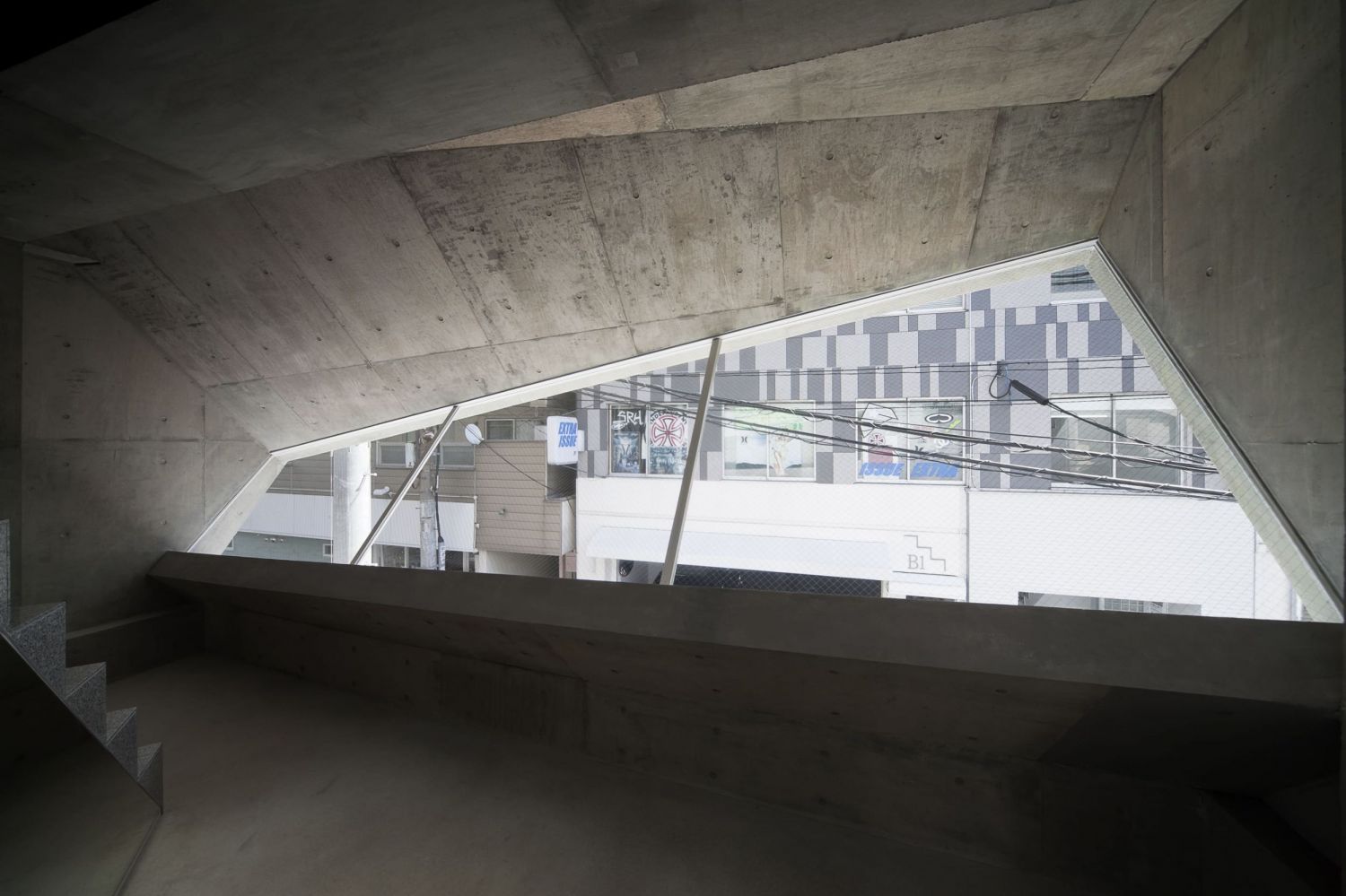 This building which makes a feeling of chaos of the town a building is a small lease building built on the outskirts of the Osu mall of Nagoya. The Osu mall is one of the success examples that is rare in Japan reproduced as an arcade type mall. By the success of this mall, the new store which did conversion in a store continues multiplying a private house and the office building of the neighborhood now. As for the example that I repaired to the multi-tenant building which constituted an office building in particular and an apartment at plural stores, plural stores coexist ambiguously on inside stairs running through the laminated floor, and charm of the chaos such as a laminated market attracts people. Though it was the new construction that emphasized a violent skeleton of the concrete to make use of a feeling of this chaos, I wanted to make quality of the space such as the ruins.

I am interested in the complicated world that a simple rule makes, and there is this thought to the undercurrent of the thought when I design this building. As for this building, approximately 80 square meters per one floor is four levels of laminated small building volume. "Stairs of ジグザク" run through these four levels of floors towards the depths from front road. This simple operation produces two effects. One is a visual expanse to a different floor appearing and disappearing over stairs covered with glass and a mirror. It is the display shelf where the stairs of two or three floors designed the complicated space of the efficiency in the center and the upper stairs step-like one more. The operation of these stairs realizes space experience similar to the multi-tenant building of the town in new form. Furthermore, there was the demand from a client called the evocativeness that I wanted to go from symbol characteristics, the road surface as the lease building to the upper store for in the building appearance. With the wall of the north and south as two pieces of different "notched obstacles" of the form, I realize the above-mentioned symbol characteristics and evocativeness by simple operation giving a form to bind the top of both burrs together on the facade side facing the road. As a result, a building of the appearance to let you feel the visual dynamics which seemed to begin to work at any moment was born.

This table designed it for owner offices of the second floor. I lacked in four sides of parts of the table of the 70cm corner and took it and made a notched table as well as the outer wall of the building. I make use of this burr, and various table layouts are born. I named "LEAF" because I brought about various expressions so that tree leaves multiplied.