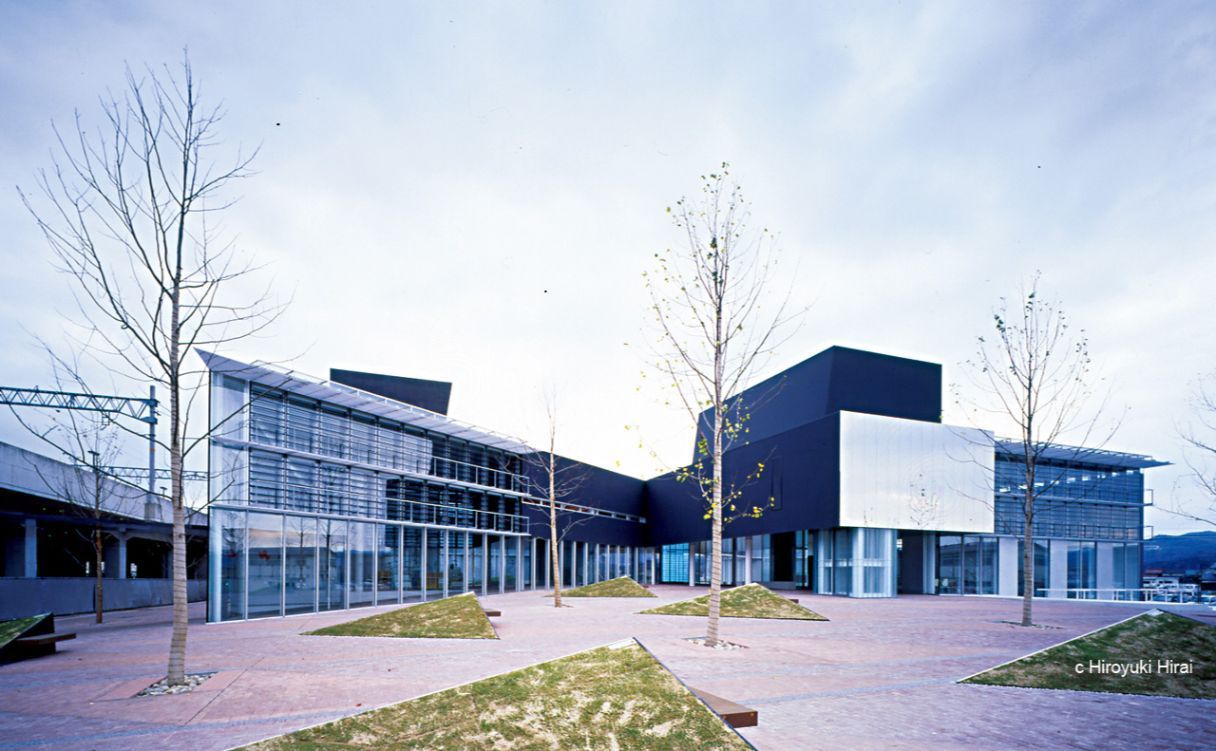 The Izumo region,considered the birthplace of Japanese mythology,is also known for the landscape of its villages.The Art Complex Izumo was planned as part of a project to develop the area around a new train station in one of the towns in the region.The Complex,which is dedicated cultural activities,includes a theater,an art gallery,studios,and restaurants.
The large glass walls consist of airtight, double-glass louver windows, with a computer control that actuates more than two thousand panes of glass independently,in response to various micro-climates.
In good weather,the windows open completely to fill the inner space with fresh air from the park.This window system was developed to allow people to coexist with the natural environment in regions of hot,humid summers and cold winters,using a more moderate way than the conventional high airtight,high insulation approach.