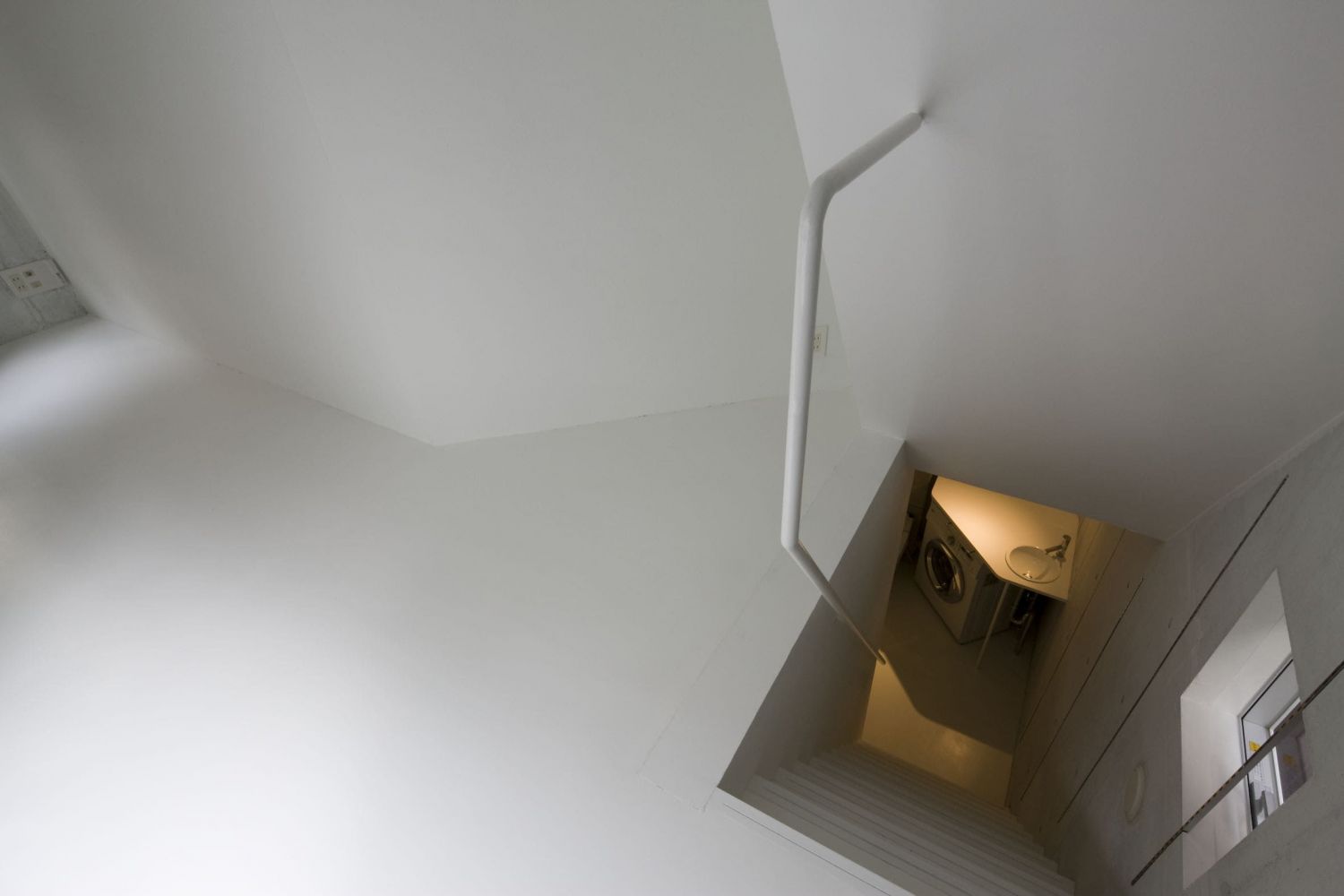 The Minimum “STUDIOLO”s are stacked in a quiet residential area in central Tokyo.“Minimum” is not an exaggeration.There are 2 buildings. Building-A has 6 rooms only in 28.2 m2 site area,73.5m2 floor area.Whereas, building-B has 6 rooms in 32.2m2 site area,77.9m2 floor area. Each building is about a size of a house in Tokyo.
6 houses and common stairs in 5 levels in each building were demanded.So that most of rooms are three-dimensional with inner stares.
Although we have an experience designing “Space Block Kamishinjo” (1996) by putting a cube of inside dimensions 2180mm together and have realized an apartment complex,12 STUDIOLO is too